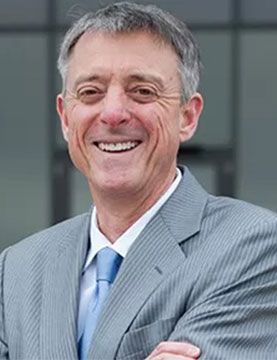 Sam Sutter graduated from Brown University in 1976. At Brown, he played for the collegiate varsity tennis team and compiled the best singles record on the team. Following his undergraduate career, Mr. Sutter spent the next three years traveling to fifteen different countries, teaching tennis professionally and playing in professional tournaments. Following his travels, Mr. Sutter started law school at Vanderbilt University School of Law and graduated in 1983.

The first seven years of his career, Mr. Sutter was in private practice on Cape Cod, concentrating in criminal defense. Beginning in January of 1991, he then went to work as an assistant district attorney in the Bristol County District Attorney’s Office. He spent four years prosecuting cases in the district court and tried over two hundred cases. In 1992, he received the Prosecutor of the Year award from Mothers against Drunk Driving and the organization featured him in their national publication. In 1995, he was promoted to Superior Court, and he spent the next four years handling major felony cases. During this time, Mr. Sutter tried eighteen Superior Court cases to verdict and won sixteen of them.

In 1999, he returned to private practice to concentrate on personal injury and criminal defense. The next year, he began giving free tennis clinics to the Fall River youth and taught several hundred kids in Fall River how to play the game over the next seven years. For his contribution to the local community, the Fall River Herald News named Sam Sutter Coach of the Year in 2005. In 2006, due to an upsurge in gun violence, gang activity, and unsolved homicide cases, he ran for District Attorney against a sixteen-year incumbent who had close to a million dollars in his campaign account. He won the election against the odds. For his upset victory, Mr. Sutter won the Massachusetts Lawyers Weekly Lawyer of the Year award in 2006.

For the next eight years, he served the people of Bristol County as their District Attorney and led an office that made great progress in reducing gun violence and decreasing gang activity, solving cold cases, and promoting the rights of victims. Mr. Sutter also received the SouthCoast Man of the Year award for 2007. In 2010, he received the Massachusetts Nursing Association’s “Advocate for Nursing” award. In November of 2010, he was elected to a second term as Bristol County District Attorney. Later that month, he became president of the Massachusetts District Attorney’s Association. For the next four years, Mr. Sutter led an office that continued to make great strides in reducing gun violence. In 2013, he oversaw the investigation of the murder of Odin Lloyd, which led to the arrest, indictment, and subsequent conviction of Aaron Hernandez, the former all-pro for the New England Patriots.

In 2014, concerned about political instability in his hometown of Fall River, he ran for mayor in a special election and won. For changing the direction of his career and winning that special election, as well as for the continued success of the Bristol County District Attorney’s Office, Sutter again received the Massachusetts Lawyers Weekly Lawyer of the Year award. Sutter served one year as Mayor of Fall River. He focused on fostering economic development, which he did with the securing of a new Amazon Fulfillment Center, the redevelopment of the New Harbor Mall, and the expansion of small businesses throughout the city. Mr. Sutter also, as Mayor, served as Chairman of the School Committee in a year that saw continued progress in the Fall River Public Schools. His administration was also able to produce and pass a balanced budget during a very difficult fiscal climate.

In 2016, Sutter returned to the private practice of law, and he is now excited to begin his collaboration with Resmini Law. He lives with his wife, Dorothy, in Fall River. They have three children: two sons and one daughter.