Mr. Resmini attended Roger Williams School of Law where he earned his Juris Doctorate. In addition, Mr. Resmini holds an MBA with a concentration in Finance. Mr. Resmini studied at Harvard University in the extension school program, completing graduate coursework in Business Finance. Lastly, Mr. Resmini was named the Captain of his Collegiate Golf Team.

Mr. Resmini has worked with some of the top names in entertainment and continues to negotiate the best deals for his clients. He has successfully negotiated multi-million dollar film deals. Mr. Resmini worked on blockbuster films such as: The James Bond series, Iron Man 2, Get Smart 2, and Lake View Terrace. Mr. Resmini has honed his negotiation skills while working alongside top executives in Hollywood while at MGM Studios and ICM. In addition, Mr. Resmini has been appointed Pro hac vice counsel in the Class Action law suit regarding Non-FDA approved IUDS in Rhode Island. He is a great asset to the Law Offices of Ronald J Resmini, Ltd.

Mr. Resmini has been selected to the prestigious “Super Lawyers Rising Stars” list of top attorneys in MA for 2013, 2014, 2015, 2016, 2017, 2018, 2019 and 2020. The selection process is as follows: lawyers are asked to nominate the best attorneys who are 40 or under, or who have been practicing for 10 years or less. They are instructed to nominate lawyers they have personally observed in action — whether as opposing counsel or co-counsel, or through other firsthand courtroom observation. 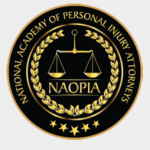