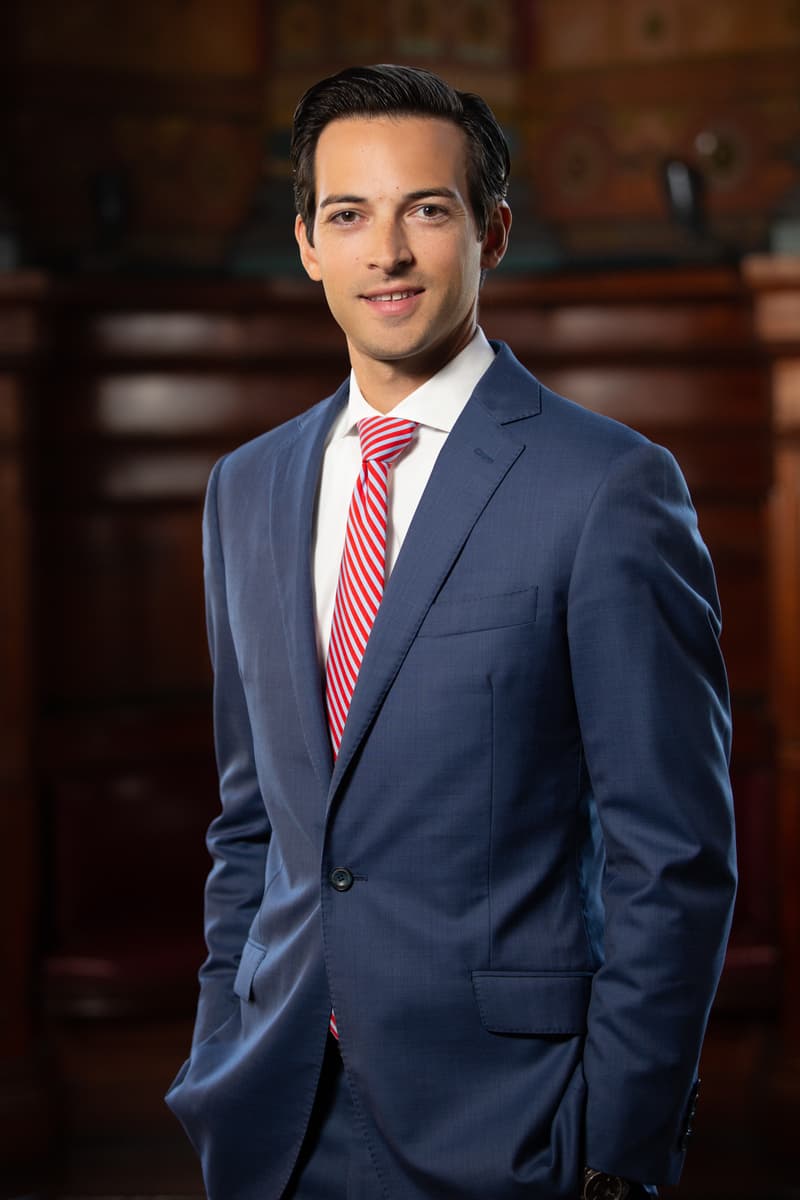 Andrew Resmini is a native of Rhode Island where as young child he had the opportunity to watch his father, Ronald J. Resmini, practice law and build his firm into one of the most prominent personal injury firms. Now, Andrew is proud to join his father, two brothers and other members of the firm in seeking justice for their clients.

Andrew received his Bachelor of Science from Providence College in Providence, Rhode Island after completing a degree in Business Management with a minor in Western Civilization. While at Providence College he was a four-year member of the Men’s Golf Team participating in various NCAA Division I Tournaments.Andrew earned his Juris Doctorate Degree from Suffolk University Law School in Boston, Massachusetts. During his first year at Suffolk University Law School, Andrew received the “First Year Best Brief Award” in recognition of outstanding performance in Legal Writing. He was also named to the Dean’s List for two consecutive years in recognition of his outstanding academic performance. In addition, Andrew had the honor of clerking for Associate Justice Daniel A. Procaccini at the Kent County Superior Courthouse where he learned invaluable civil and criminal trial techniques. He also worked as in intern for the Rhode Island Department of the Attorney General in their Criminal Division Unit, where he assisted prosecutors in preparing cases for trial.Attorney Andrew Resmini is a Partner and is licensed to practice law in Rhode Island, Massachusetts and Connecticut. He strives to achieve the best possible outcome for his clients through his incredible work ethic. He takes the time necessary to understand each case and does not hesitate to consult with the best experts on a particular issue. He has proven to be a great asset to the Law Offices of Ronald J. Resmini, Accident & Injury Lawyers, Ltd.